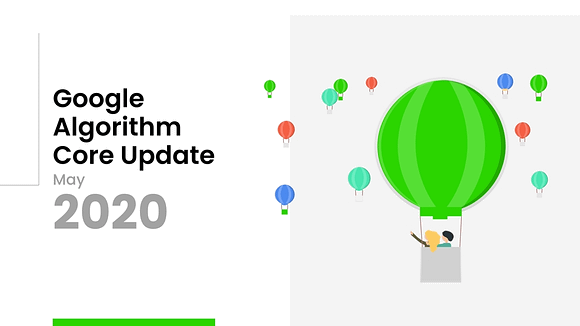 Google announced its second update from 2020 amidst COVID-19. It announced the update as the May 2020 Core Update Form. The rollout will continue for two weeks from the release date.

The May 2020 Core Update rollout is complete.

The pandemic has caused companies to shut operations and has witnessed a huge drop in traffic and sales across industries and businesses.

This post contains information and analysis about this May 2020 core update.

Google’s update seems to be affecting SERPs throughout the world. Volatility across continents simultaneously is indicated.

Let’s get a look at what changed, the impact of the change, and an overview of recent developments in Google’s algorithms.

What has Google changed?

The impact of COVID-19 has affected not only the businesses but also the search patterns and purchase behavior of consumers. The way people search for Google has changed drastically.

Google has made this a core update stating that they are delivering their mission to present relevant and authoritative content to searchers.

Google has made it clear that it wants to focus on improving how its systems assess content on a whole.

Google recently made some new changes with its suggestions on producing quality content and has classified them under questions as content & quality, expertise, presentation & production, and comparative questions.

Impact of the Google May 2020 Core Update

Websites with thin content will start losing their positions and underperforming websites that match the user’s search intent will gain traction for their efforts.

Aggregators and Directories are winning the game with entertainment websites also on a rise. Local search businesses will be impacted negatively by the core update of Google’s algorithms.

The real impact of any typical broad core algorithm update takes time to show the results of its change.

Once all the data centers are rolled out with changes globally, we will know exactly what it might cause for websites to change, apart from personalizing the content.

Who is Affected By the Google Update?

A data report by SEMrush indicates that travel, real estate, health, pets & animals, and people & society are the industries that have been hit the most. The websites in these sectors had the highest fluctuation in rankings.

SERP Features Occurrence For All Categories

Local search has shown some tremendous fluctuations since last April 2020.

In the wake of COVID-19, Google’s algorithms might have changed a bit towards the way people are intending to see and learn while making a search query. News, Sports, Arts, and Entertainment have been the least affected categories due to the update.

Overview of Most Recent Google Updates

On May 4, 2020, Google announced a rollout for the core update on its algorithms. Google later on May 18, 2020, announced that the rollout was complete.

The May 2020 Core Update rollout is complete.

This is a broad core update made by Google amidst COVID-19 which has diversified and changed the way people search.

There were some updates in Google algorithms which resulted in the traffic fluctuation and ranking performance of websites in February.

We do updates all the time. I would suggest rereading our general advice about this: https://t.co/aL4QObvvhH

There was no official update given by Google on this update. Though there was no clear pattern of the impact on websites, experts out there say that it was the beginning of a big change that came out in May 2020.

The first core update by Google was announced on January 13, 2020. Search patterns of users all over the globe changed and so did the need for the algorithms too.

The January 2020 Core Update is now live and will be rolling out to our various data centers over the coming days.

The update revolves around the relevance and usefulness of content to the user, trustworthy information, and backlinking to authoritative sources.

Google confirmed some updates in November 2019 but nothing towards an actionable change.

Again, we have updates that happen all the time in Google Search. If we don’t share about them, there is no particular actionable guidance to follow nor changes to make other than to keep focused on great content as we’ve advised generally such as here: https://t.co/e5ZQUA3RC6

Websters and SEO experts say that it took some massive changes and impacted the affiliate websites primarily in the USA. Travel, Health, and Food sectors were majorly affected.

Meet BERT, a new way for Google Search to better understand language and improve our search results. It’s now being used in the US in English, helping with one out of every 10 searches. It will come to more counties and languages in the future. pic.twitter.com/RJ4PtC16zj

The BERT algorithm (Bidirectional Encoder Representations from Transformers) is a deep learning algorithm related to natural language processing. It helps Google to understand the contextual meaning of a sentence.

There was no consistent trend in the impact of this core update by Google in September 2019.

Later today, we are releasing a broad core algorithm update, as we do several times per year. It is called the September 2019 Core Update. Our guidance about such updates remains as we’ve covered before. Please see this blog for more about that: https://t.co/e5ZQUAlt0G

Though there were reports of healthcare and finance categories being affected by the SEO professionals.

Nothing special or particular “big.” It’s the usual type of core updates that we regularly do. We just wanted to be more proactive. Rather than people scratching their heads after-the-fact and asking “hmm?,” we thought it would be good to just let folks know before it rolled out.

In order to be more relevant to user searches, Google keeps doing core updates on its algorithms so it better understands the need of the user to precision. Google rolled out a core update on June 3, 2019.

We understand it can be useful to some for updates to have names. Our name for this update is “March 2019 Core Update.” We think this helps avoid confusion; it tells you the type of update it was and when it happened.

The trackers showed significant volatility in ranking websites. Google confirmed it as a global core update in the search algorithms. The update was rolled out on March 12, 2019.

Superstitions Cease, SEO is Not Dead! How Do You Prepare for 2021?

Role of AI and ML in Modern Marketing

7 reasons why Digital Marketing is essential for start-ups?